Falko was born in Germany on June 14, 2004. He flew to Canada when he was 8 months old. Falko is a Hanoverian. 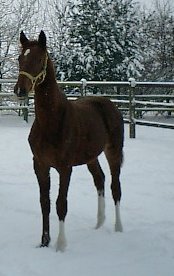 Here he is with his friend in Germany shortly before he left for Canada. 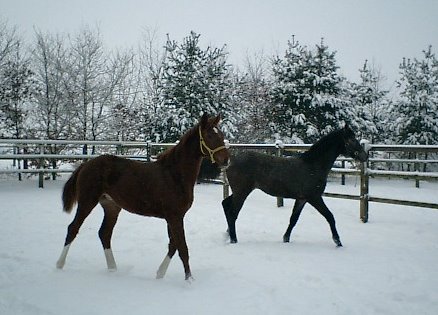 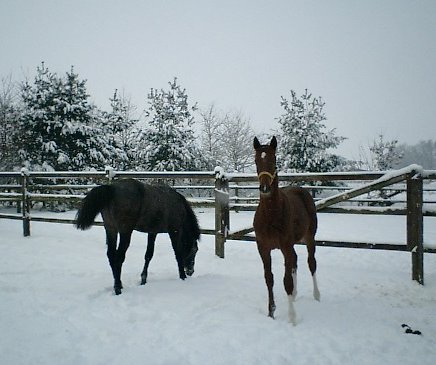 Falko on his arrival in Canada. 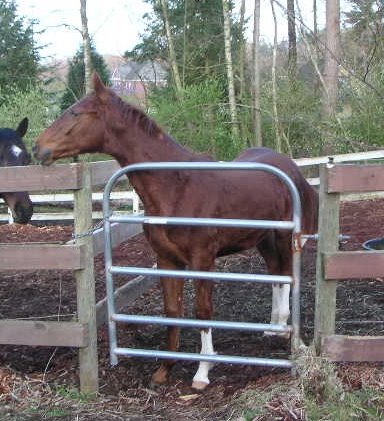 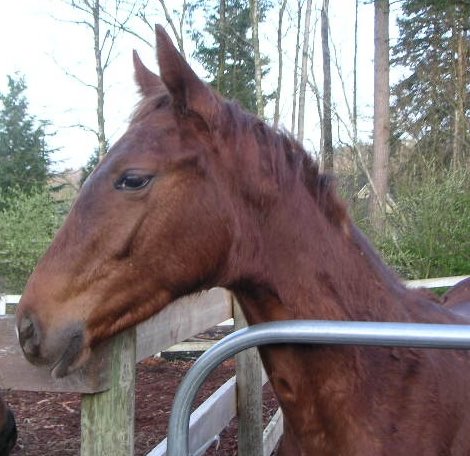 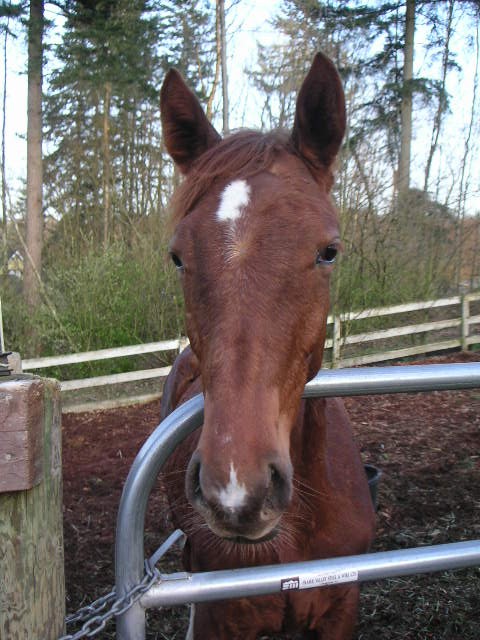 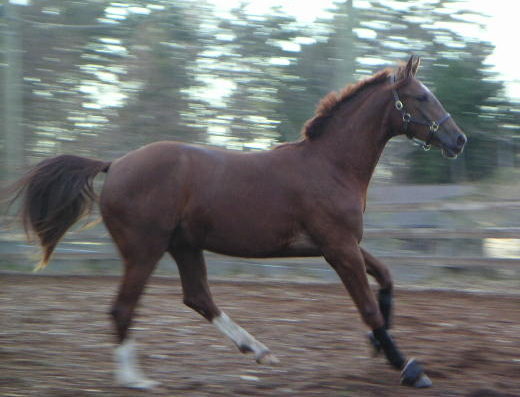 Falko's first show was the Breeder's. He wowed the crowd and took home the Grand Champion Trophy.

Falko is now doing second level of Dressage. He is winning consistently and we are very proud of him.

Falko has now moved to Level 4.